Foodborne illnesses related to the ingestion of pathogenic microorganisms remain a major cause of morbidity encountered worldwide, with 420 000 deaths each year. To ensure food safety, several processes have been developed to reduce the microbial load of food: thermal, chemical and athermal treatments. With regard to the latter, the use of mercury-based UV for bactericidal action was demonstrated by Bedford (1927) and Gates (1929). Pulsed Light technology was developed in Japan in 1980 and has highlighted the germicidal action of intense light flashes on micro-organisms. This alternative to mercury UV lamps uses xenon gas, which is chemically inert, more environmentally friendly, and more effective. The bactericidal activity of the broad light spectrum (200-1300 nm) is based on its absorption by the DNA double strand, which causes a break in the DNA and the formation of thymine dimers making bacterial replication impossible. Pulsed Light has been shown to be effective on reference micro-organisms for UV decontamination, such as the mould Aspergillus brasiliensis DSM 1988, and other micro-organisms commonly found in the food industry. While many scientific papers have reported on the performance of Pulsed Light, few have highlighted the impact of physical parameters of the light on microbiological activity. This study proposes to establish a parallel between two sciences, that of life and that of physics.

Two Pulsed Light devices were used in this study:

The physical parameters directly impacting the decontamination efficiency studied here are the distance of the matrix from the optical source, the applied voltage, the number of flashes or treatment duration, the frequency, and the inoculum concentration.

Tests were conducted on PA66 UV Bio-indicators, which consists in a 15x20 mm coupon on which 100μL of a suspension of spores is deposited in one drop (patented concept). The coupon is then dried for several hours under a microbiological safety post. Bio-indicators are enumerated by inoculum recovering with a sterile swab and successive dilutions in Trypton-Salt solution. The decontamination efficiency is determined with the log reduction of the treated samples (in triplicate) compared to an untreated control sample. All tests were performed on a dry inoculum of Aspergillus brasiliensis which is the reference mould for UV decontamination and considered the most UV-resistant germ.

Treatments parameters applied to a biological sample undoubtedly condition the decontamination efficiency. Distance, number of flashes, applied voltage allow the release of a fluence value in J/cm2 directly received by the inoculum. The closer the inoculum is to the light source, the less diffuse it is and the faster it will be effective. The fluence is nevertheless to be correlated with the number of flashes since it has been demonstrated that it is not additive. Indeed, the study of frequency showed that a high-power flash will be more germicidal than two flashes of half the intensity, but whose total fluence received by the sample is equal. This demonstrates a double germicidal impact of Pulsed Light technology related to the UV dose but also to the rise in temperature and pressure of the micro-organism, observable at peak voltages. The peak intensity and the duration of the flash, two factors associated with the physical parameters of the lamp and the electronics are immediately correlated with decontamination. Although this is not discussed here, it has also been shown that high-powered but poorly dimensioned electronics (too long flash duration and too low peak intensity) do not decontaminate effectively. This is an additional point of study on the impact of physical parameters on microbial efficiency currently underway. Compared to conventional mercury-based UV solutions that have continuous illumination, Pulsed Light technology is based on the application of pulses that can have higher or lower frequencies depending on the chosen electronic components. The study of the application of a very high frequency shows a positive impact of the frequency value (350Hz) rather than the high voltage (1000V). The rapid application of a very large number of pulses such as 350 flashes in 1 second would therefore have an equivalent efficiency in terms of bacterial reduction log than a high flash power, as observed with the first xenon lamp device at 2800V.

If physical parameters have a direct impact on decontamination levels, the density of germs per unit aera is also a significant factor in the study of bacterial reduction efficiency. For the same surface area and inoculation drop, but with increasing concentrations of 3, 4 and 5 logs, Pulsed Light treatment allows the abatement of the whole treated bacterial suspension. However, for similar treatment parameters, and foran inoculum concentration of 6 logs, only 66% were decontaminated. This can be explained by the formation of multi-layers of micro-organisms due to high spores density and more accumulation at the drop-edge. Pulsed Light is a surface treatment, which implies that the sub-layers of micro-organisms protected from the light cannot be reached by light radiation, making destruction difficult or impossible. A light treatment effectiveness is therefore harder to achieve on highly concentrated and aggregated inocula.

Pulsed Light technology was validated in 1996 by the FDA. In France, it was validated and applied to bread products in 2008. For each food type, European authorities require proof of the absence of negative impact on the treated product (neoformed products, migration of material to food). This technology is already known for controlling contamination levels on food matrices but also on packaging. The difficulty in applying this technology lies in the fact that the targeted micro-organisms must be straightly exposed to the light radiation. However, it can achieve satisfactory levels of abatement on all micro- organisms: pathogens, moulds, yeasts, spore-formers.

It is a real ecological and more efficient alternative to the mercury lamps, which are harmful to the environment. Moreover, it is important to remember that the Minamata convention seeks to reduce the use of mercury over the next 10 years. It is urgent to find alternatives to non- ecological UV light. Minamata conventions is the most global agreement on environment and health, adopted in 2013 and signed by 128 countries.

This study seeks to better understand the behaviour of light so that pulsed light technology becomes both, an ecological alternative to chemical disinfection and to mercury disinfection processes. It is necessary to master all the physical parameters applicable to the treatment device in order to determine the optimal conditions for effective microbial destruction while taking into account the industrial context.

Many applications of this technology on various matrices have been reported in the literature considering the production rates, sometimes making the solution effective but inapplicable. These industrial challenges often require a very limited number of flashes and a high intensity, hence the importance of understanding the impact of physical parameters on decontamination. Pulsed Light technology is widely used for packaging decontamination and is only slowly evolving towards food decontamination, even though it is an athermal technology, environmentally friendly and functioning on every type of micro- organism.

An in-depth study of the impact of Pulsed Light at the micro-organism level could provide the information needed to understand lethal mechanisms and enable the technology to be adapted to the situation particularly on food products.

There are also other promising and environmentally friendly optical technologies, such as LED-UV, which use light as a decontamination source. 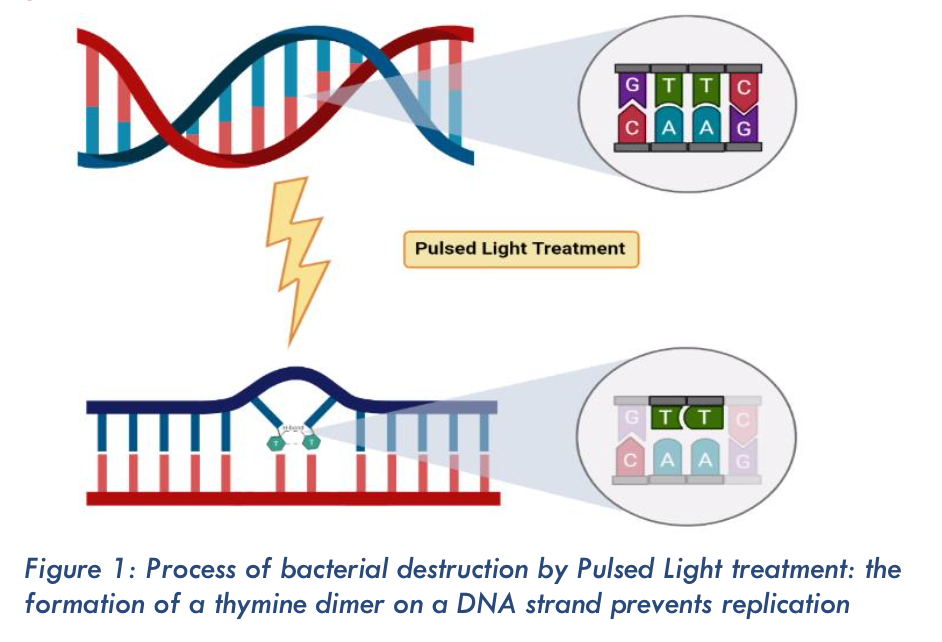 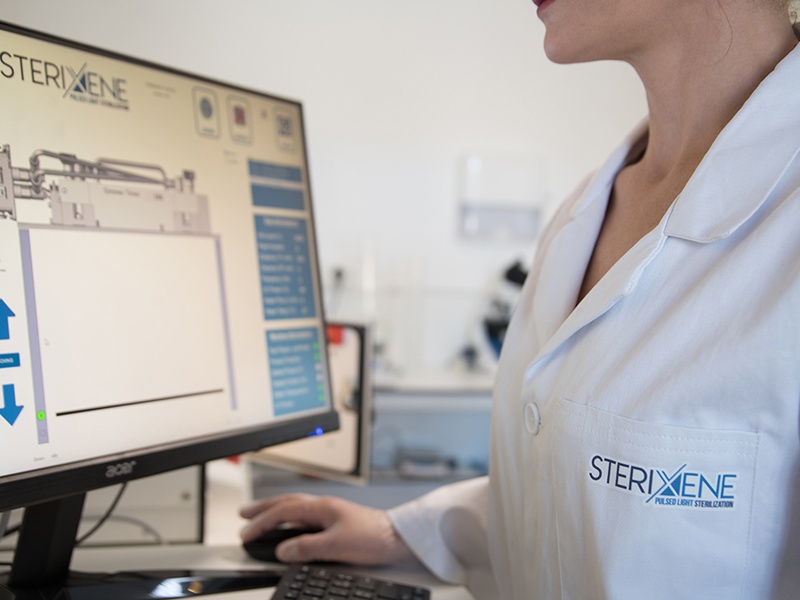 Upstream of your project, STERIXENE carries out your feasibility studies and supports you during the validation phases. A detailed report will be sent to you on the end of the first step. 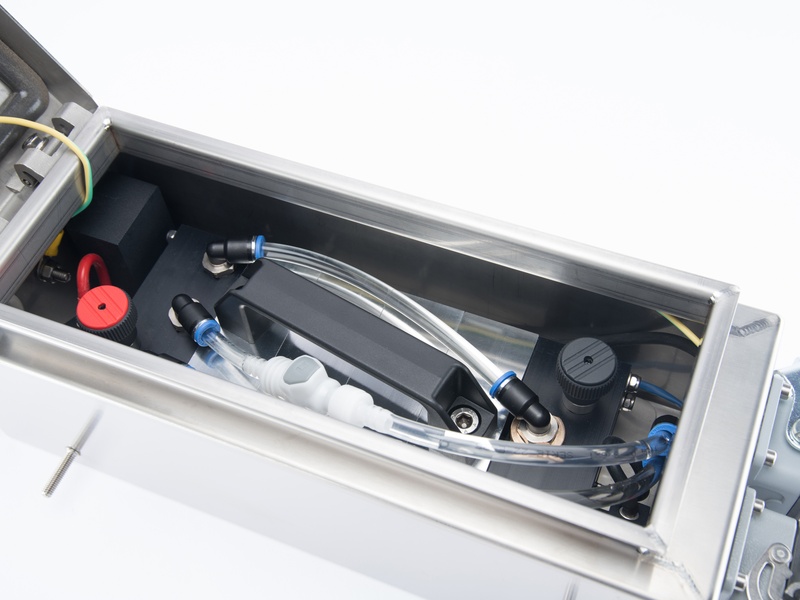 The equipment manufacturers are assisted throughout the integration phase of the pulsed light solution. Industrialists are supported in their innovation project. The STERIXENE offer is complete: OEM, tailored-made machines and laboratory machines 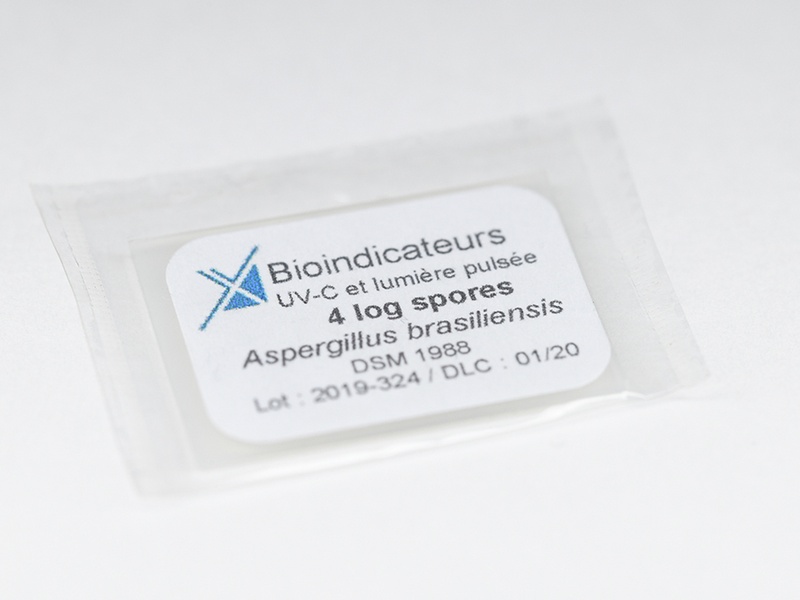 We check all types of equipment with pulsed light technology in accordance with international standards. The UV-bioindicators, developed and patented by STERIXENE, allow you to assess the operation and efficiency of all equipment using light as a method of decontamination: UV continues, LED UV and obviously, the pulsed light


Thank you, your message has been sent

We support a sustainable economy